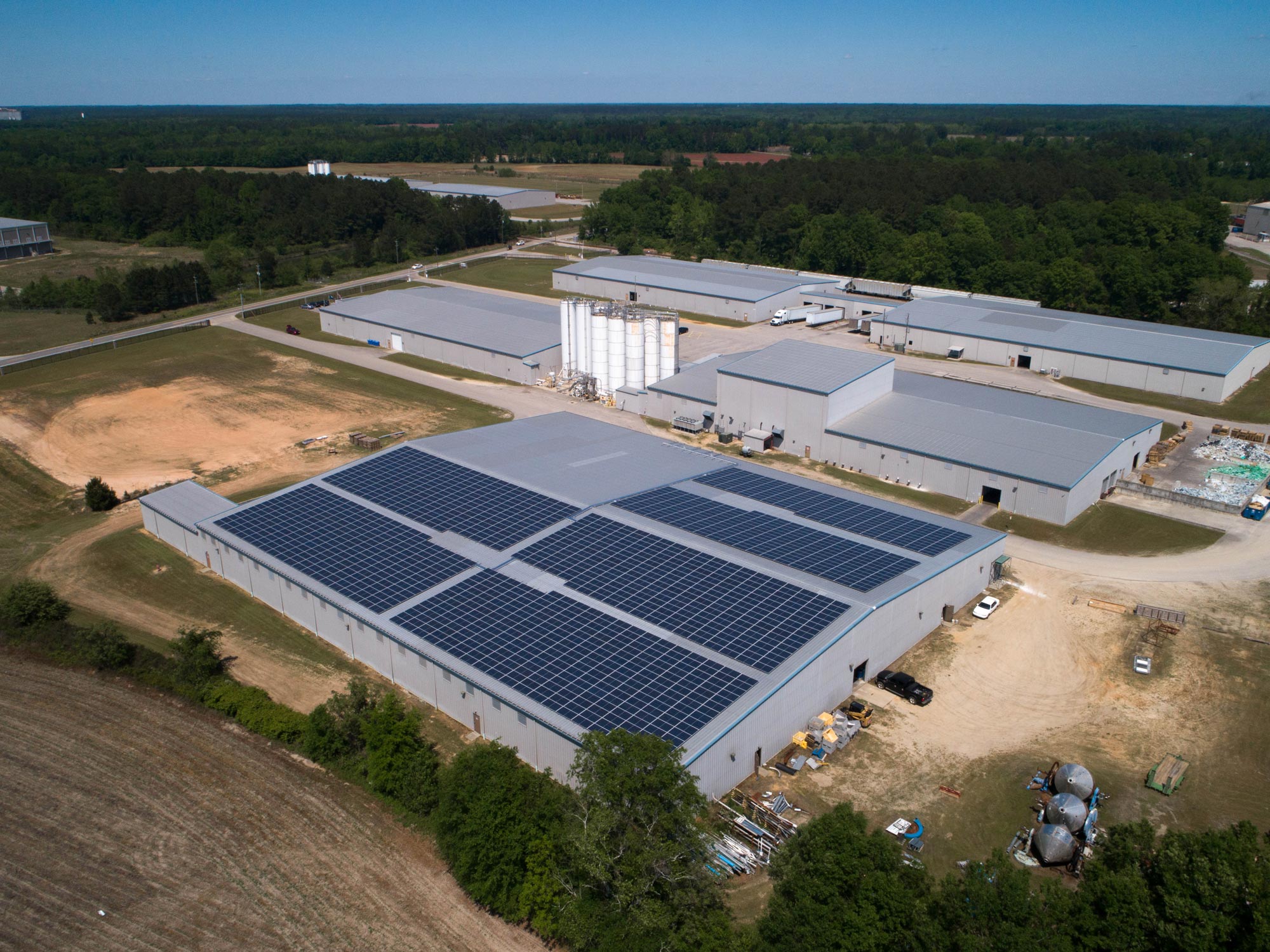 In The News: S2Solar To Bring Solar To PolyQuest’s SC Facility

Wilmington-headquartered PolyQuest Inc. has invested in a solar energy project for their facility in South Carolina, a project brokered by another locally-based firm.

PolyQuest, which is a large distributor of recycled polyethylene terephthalate (PET) resin in the United States and Canada that has its corporate offices in Wilmington, announced the project’s recent completion for its recycling and distribution facility in Darlington, South Carolina, according to a news release.

Evaluation and planning for the project began in the spring of 2017. Construction began in January, and the project became fully operational in mid-April, said Ben Kerr, president of Wilmington-based S2 Solar, a renewable energy consulting and project development firm focused on commercial and industrial projects in the Southeastern United States and the Carribean.

Kerr said he brokered the deal on the $1 million project.

The installed network of more than 1,500 solar panels is expected to provide 30 years of energy, according to the release. Officials estimated that the project would displace more than 1,200 barrels of oil a year.

“As a recycling company we continue to identify ways we can provide sustainable solutions to our customers and our community,” Tod Durst, PolyQuest’s executive vice president, said in the release. “By investing in solar energy, we are making a longer term commitment to minimize our impact on the environment and operate our Darlington facility in a cleaner and more efficient manner.”

The project was built with the support of South Carolina legislation that resulted in a solar rebate program by Duke Energy Progress, officials said.

Durst said the support offered by Duke Energy is why the South Carolina location remains a strategic location for its facility there.

The project should have lasting benefits for PolyQuest, said Kerr. Those benefits include savings on electric bills and mitigating risks of increasing electricity rates, he said.

The project “decarbonizes” a portion of PolyQuest’s operations in Darlington, Kerr added.

“We’re proud of what was accomplished. Our industry is booming. You see these major renewable energy assets and commitments happening from leading organizations all over the country, so it’s fun to see a key Wilmington-based company ‘taking the baton’ and making such an impactful statement for our region,” Kerr said.